As banks continue to build on the digital banking momentum, they must pay attention to design debt and cross-platform consistencies within their digital suites. This will improve user satisfaction, process efficiencies and cost to serve.

In a recent engagement with a global bank, Norman and Sons discovered significant challenges caused by a lack of interconnection between trading applications in equities.

Traders in equities are under pressure to respond to important trade requests in the right way.

Traders were using a suite of applications to obtain the data they needed to price a trade accurately. These applications looked and felt different from each other – worse still, the applications didn’t talk to each other.

When pricing an RFQ for Vodafone, traders must manually enter ‘Vodafone’ in 5 applications:

With only 10-15 seconds to respond to the client’s request, it took too long to gather the data together to make an informed pricing decision. As a result, traders had to ‘go with their gut’ feel, which usually involved being very risk-averse. The bank was unable to price deals to win business aggressively.

Norman and Sons sat with traders to identify the questions they needed to answer when responding to a client enquiry. We assessed which components needed to work together to provide the answer to these questions. We prototyped how desktop interoperability could allow traders to connect these disparate components to display a “trader fact pack” with just one click – preventing the need for multiple searches and filtering.

We helped reduce unnecessary cognitive load on traders by ironing out user experience inconsistencies. The new design ensures that the most common actions are done consistently across applications, allowing traders to quickly identify the data they need – giving them more time to focus on getting the price right for the important trades.

As soon as I played with the first design prototype, I felt like a caveman using an iPhone for the first time. The positive impact on our decision-making ability has been immense.

By immersing ourselves with the traders, performing research, testing ideas before development and building an interactive prototype, we could better understand the traders’ goals and frustrations. We mapped the application needs, created a design solution and identified functional improvements which could be implemented across the suite of applications.

Trader RFQ response rates increased. Critically, the Bank increased its Hit Rate with its Tier 1 – or, most important – clients.

More importantly, the quality of the pricing decisions increased: More trades were won in line with risk appetite, meaning traders were gaining the business that the Bank wanted.

Traders agreed unanimously that the consistent design and user experience across the applications aids their processing of data, reduces the risk of human error, increases their rate of trade and makes their lives easier.

What are the latest advancement in technology to streamline the Financial Desktop?

What are the latest advancement in private Blockchain technology?

For answers to these questions, look no further than ‘Open Source in Finance Forum (FINOS) 2022 in New York next month!

A conference dedicated to driving collaboration and innovation in financial services through open-source software and standards. Packed with inspirational speakers and experts across financial services and technology, we are excited to engage with the community and discuss the best ways to leverage open-source software to solve industry challenges.

Graeme and Jonny will be attending the forum with Seb this year. We look forward to seeing you there!

Here are three things that we will be watching for at FinOS 2022:

Desktop integration technology can dramatically improve users’ experience by stitching together applications into one joined-up experience as if they were all from the same vendor. The problem is that the three leading desktop integration solutions in the market don’t integrate with each other! Aaron Haines of NatWest Capital Markets will be talking about his experience using the new FINOS FDC3 Desktop Agent Bridge. This is a game-changer if you need to integrate applications that have been developed for OpenFin, Finsemble or Glue42 on the same desktop.

FDC3 is an open-source standard which has been around for over five years and has attained wide industry adoption. Until now, there has been no open-source option for building FDC3-enabled platforms. The FDC3 Sail project solves this gap with a full-featured and completely open-source implementation. Seb Ben M’Barek from Norman and Sons will be joining FINOS’s Nicholas Kolba to demonstrate how easy it is to build an FDC3-enabled platform and get started on your FDC3 journey.

Countries are implementing their own Central Bank Digital Currency (CBDC). There are upfront challenges in creating the framework for these countries. As adoption increases, we are seeing complexities evolve. Karen Ottoni of Hyperledger Foundation and Jennifer Peve of DTCC will detail why a multi-digital currency World can only be delivered with open-source distributed ledger technology.

At Norman & Sons, we are obsessed with UX on the Financial Desktop and have started our journey into Institutional blockchain. We are an official R3 partner and are looking forward to discussing the latest developments at FINOS this year!
To schedule some time with us while we are in New York, drop us a message. 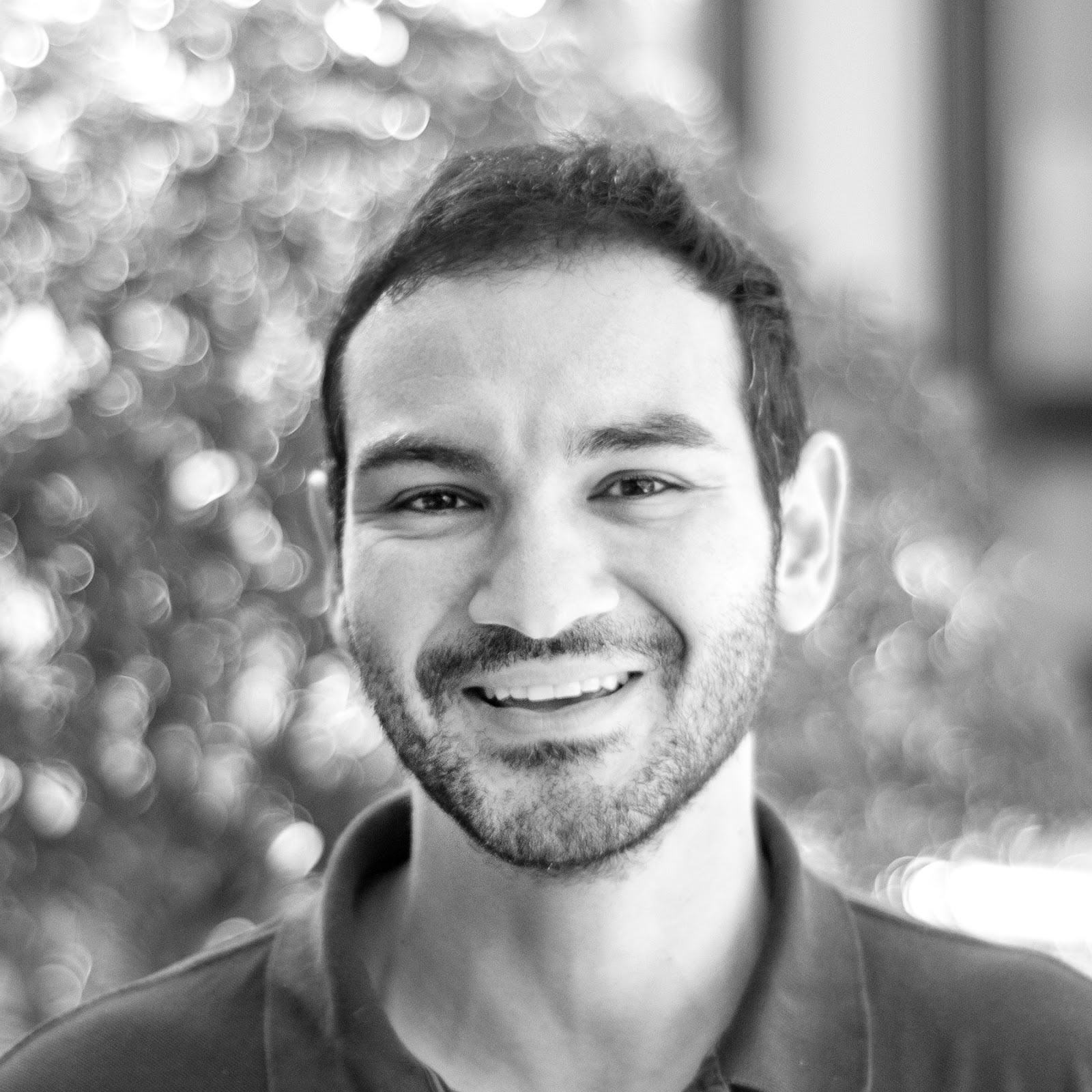 His success story has been featured in a recently publish  ‘Voria’ financial e-newspaper article.

The English-translated article is below:

Together with three other partners, they created NORMAN & SONS, a consultancy which develops digital strategy, vision and applications for major investment banks.

Savvas puts a “face” to the applications of major investment banks, such as UBS, Credit Suisse and HSBC. It’s not just banking; he is currently responsible for designing a platform used by FIFA to organise major football events. Savvas adds the visual touch to many large digital initiatives to improve the user experience. 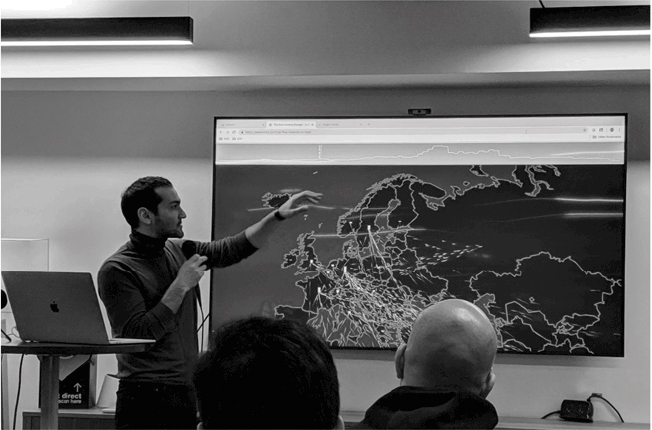 Originally from Veria, Greece, his love for design led him to found London-based NORMAN & SONS together with three other partners, Graeme Harker, Jonathan Corbett and Valeria De Luca. 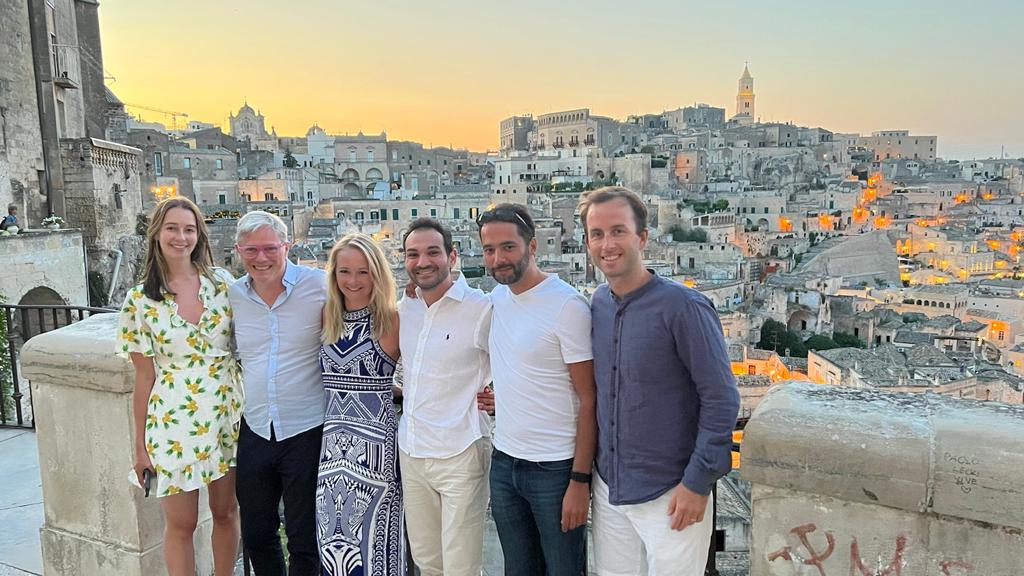 NORMAN & SONS is a consulting company that designs the strategy and vision for large institutions, primarily financial but also other major industries.

The company was created in 2016 and currently employs 40 people with a range of talents; designers, financial experts and application technicians.  Since 2018, NORMAN & SONS expanded its footprint to New York, with its business now running in Britain, Switzerland and the USA.

NORMAN & SONS have worked on a vast scope of projects from applications that help banks respond to crises and simulate the impact of market fluctuations to applications for budget and program transparency and solutions that help prioritize the most important issues in the day-to-day operations of financial sector businesses, to making it easier for users.

Savvas Voudouris is a partner and Creative Director of the company. He plans to put a little more Greek flair and expand its presence in Greece, where NORMAN & SONS has collaborated with the insurance broker ‘Freedom’.

From Veria at the “heart” of the City

Savvas Voudouris was born in Thessaloniki and grew up in Veria. From a young age, he loved drawing and creating. Immediately after school in 1999 he left for England, and studied design in Manchester. A few years later, in a three-month internship at Saatchi & Saatchi advertising company in Greece, he unknowingly opened a new chapter in his career, that of advertising, which took him to Spain and Italy.

His next stop, after a postgraduate program in advertising, was London, initially working for Saatchi & Saatchi, he then became an independent freelancer. From advertising he eventually returned to his great love, design, both in print and digital, he created his own company, Peel Me, inspired by Peel Street where he lived at the time. He started with small clients but moved relatively quickly to larger ones. such as Canon, Ford and British Telecom. In 2008 we has working on a large project, a digital platform for Morgan Stanley for equities, it was this entry into the financial industry where he crossed paths with his later partners of NORMAN & SONS.

In 2016 they made the decision to jointly create NORMAN & SONS, inspired by the choice of name by Donald Norman, founder of the user experience theory. From ‘Norman’ they added Sons, a word that starred the tailors of Savile Row. Given that the company was preparing to offer tailored solutions, cut and sewn to the needs of the customers, the referral to the tailors through Sons was a ‘perfect fit’.

NORMAN & SONS becomes fully immersed with its client’s projects, almost ‘living’ within the project, to see in daily practice the client’s needs, perform research and develop the strategy, vision and technical approach for a project needs.

This week saw an afternoon of storytelling, knowledge sharing and sushi eating as our talented consultants (nicknamed ‘Normans’)  gathered from across our range of exciting projects. We run regular ‘Norman Days’ to bring our teams together, catch up on project activities, meet new Normans, gossip about the latest industry trends and ultimately put the World to right!

Hot topics of conversation from Norman’s day this week:

A creative challenge one of our projects is conquering is creating an interactive interface to show backend dataflows visually. Clear data mapping can massively help future solutioning and development, we love to see some innovative, creative solutions from this team!

We have numerous teams working for financial clients who are in the process or have recently completed a migration from using Sketch as a design tool to now using Figma. We love Figma and are very happy about these forward steps, however, the migration can be painful, and time-consuming, but, a problem shared is a problem halved and discussions on this topic has highlighted some great quick wins for our teams!

Improving user experience is what we do, and what better way than removing steps, clicks or even the use of a mouse. We are building a great new feature which will allow financial trades to be placed by typing a few quick shortcuts into a command interface. Press ‘Enter’ and the trade is placed.

Braving the UK heatwave this week, Norman’s convened for a funfilled day of nattering, sketching and delicious food consuming!

We run several ‘Norman Days’ throughout the year, a combination of social and working sessions with the primary aim of bonding as a team and having fun. With expert consultants of different backgrounds and skill sets working across a vast range of fintech projects in financial services, it’s great to share all our experiences regularly and learn what is working (or not) on different projects for different people.

This time we focused on discovery across projects, understanding what our teams were doing within their projects, the project goals and who is working on what. We got creative and drew our target users to get to know them in a more rounded way. This little exercise confirmed that we have some very talented artists among the Normans but also allowed us to challenge assumptions together.

Getting an oversight of what ‘The Normans’ are up to helps us relate experiences and problems to develop better solutions.

Knowledge sharing is the ultimate form of learning, and what better way than within our organisation.

The presence of research in product development and continuous improvement should be as constant as social media activity. Otherwise, research becomes irrelevant and a simple tick box exercise.

Simply completing research at the start of a project just isn’t enough, and as time goes on, the needs of your users start to change – just like the trends on social media.

We do a lot of research continuously on all our wonderful projects, through our eyes, this is the only way to guide product design and ensure products are solving the real problems of users. It also allows us to become fully immersed in projects, connect with users and discover the challenges we can solve with a great product!